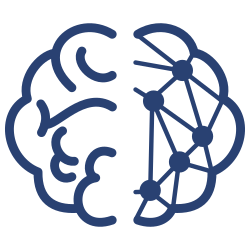 Now that we are about a year into the project, we have quite a bit of software ready for users to use. Here is a dump of the complete list (find your tool!):

All of these tools can now be used in three simple steps:

Even though it is only three steps, it could still be made simpler. What if we could have a Fedora Remix that you could simply download and use?

What is a Fedora Spin/Lab?

The Fedora community produces three "editions" that are featured on https://getfedora.org. However, these are not all! The community is full of volunteers with different interests, and so we also produce lots of secondary products---Fedora Spins and Fedora Labs. They are both downloadable images like the Fedora editions, with the difference being that they are contain different software sets. The Spins for example, include different default desktop environments: KDE, LXDE, LXQT, and so on. The Labs consist of different "functional bundles", for different target audiences: Astronomy, Design, Games, Security, and so on.

So, the plan now is to have a similar downloadable image for NeuroFedora. If not a single image, maybe two: one each for the two main functional classes: one for computational modelling, and one for neuroimaging. So, effectively that will mean the process would become even simpler for users:

Here's why installing is optional. All Fedora images are "Live". This means that you don't really need to install them to use them. You can boot into them off a USB drive and use them straight away---without installing them on a computer. This could be very very useful for tutorials and hackathons where the organisers could have a bunch of these images ready for users to work on.

We are looking for a Spin/Lab master

So, we are looking for someone to manage the image. We have a small team already, but we would like to keep the team focussed on including more software---there are still 160 tools in queue.

The time commitment would be: 2-3 hours a week.

What skills do you need for this? None---like all other tasks, you can learn on the go. In general, you will use/learn:

It is quite an easy role, and there are lots of people in the Fedora community who would be happy to help when needed. There is a whole Spins Special Interest Group (SIG), as a matter of fact. The toughest bit would be learning the process that is to be followed.

Does that sound interesting? Do you want to learn new skills and help us make NeuroFedora better and easier for neuroscience enthusiasts? Have any questions? Get in touch with us!

NeuroFedora is volunteer driven initiative and contributions in any form always welcome. You can get in touch with us here. We are happy to help you learn the skills needed to contribute to the project. In fact, that is one of the major goals of the initiative---to spread technical knowledge that is necessary to develop software for Neuroscience.